For the months of July and August I will be showing 2 paintings at a time at Café des Arts in Eymet, Dordogne as part of a collaborative show with several other artists.  The paintings will change every couple of weeks or so.  Currently on show:

Café des Arts is run by Julia and Adrian who are incredibly hospitable and they both have a passion for the arts.  It's a wonderful stop for a delicious coffee or snack so why not pop in and say hello.  Meanwhile, you can also visit this quaint bastide town.

Café des Arts is open every day of the week from 9am until 1pm.

My paintings can also be viewed from my studio in Singleyrac by appointment.  Please contact me on 06 27 15 12 47.

Opening night for this summer's exhibition was a great success and I saw many familiar and new faces.  I had some lovely comments regarding my work which is always a great motivator to keep on going.

By day 4, 7 paintings had been sold and a commission taken so I could not be more happy.  The exhibition is running until 25th August if anyone still wants to visit.

The next exhibition will be here in France during the summer.  It will be at the same venue as last summer, Castillionnes, Nr Bergerac here in France.  It will run from 15th August to 25th August.

I'll be focussing more on floral subjects and the exhibition will include some sculptures as well as monochromatic works.  Here is a sneek preview.

This is just a tiny sneek preview!  If you want to see more, you'll have to come to the exhibition!  Please come if you can and join me in a glass of vin.

All paintings were taken down yesterday and the expo at Castillonnés was over for another year.  It was a very successful show with 11 paintings sold and I had 3 commissions.  Over 300 business cards were picked up too and I noted down many emails of people who want to be notified of future exhibitions.  Other contacts were made as well regarding other exhibition venues so in all, I could not have wished for better.  Here are some photos of paintings that sold.

Strawberry Half - String/Acrylic on canvas 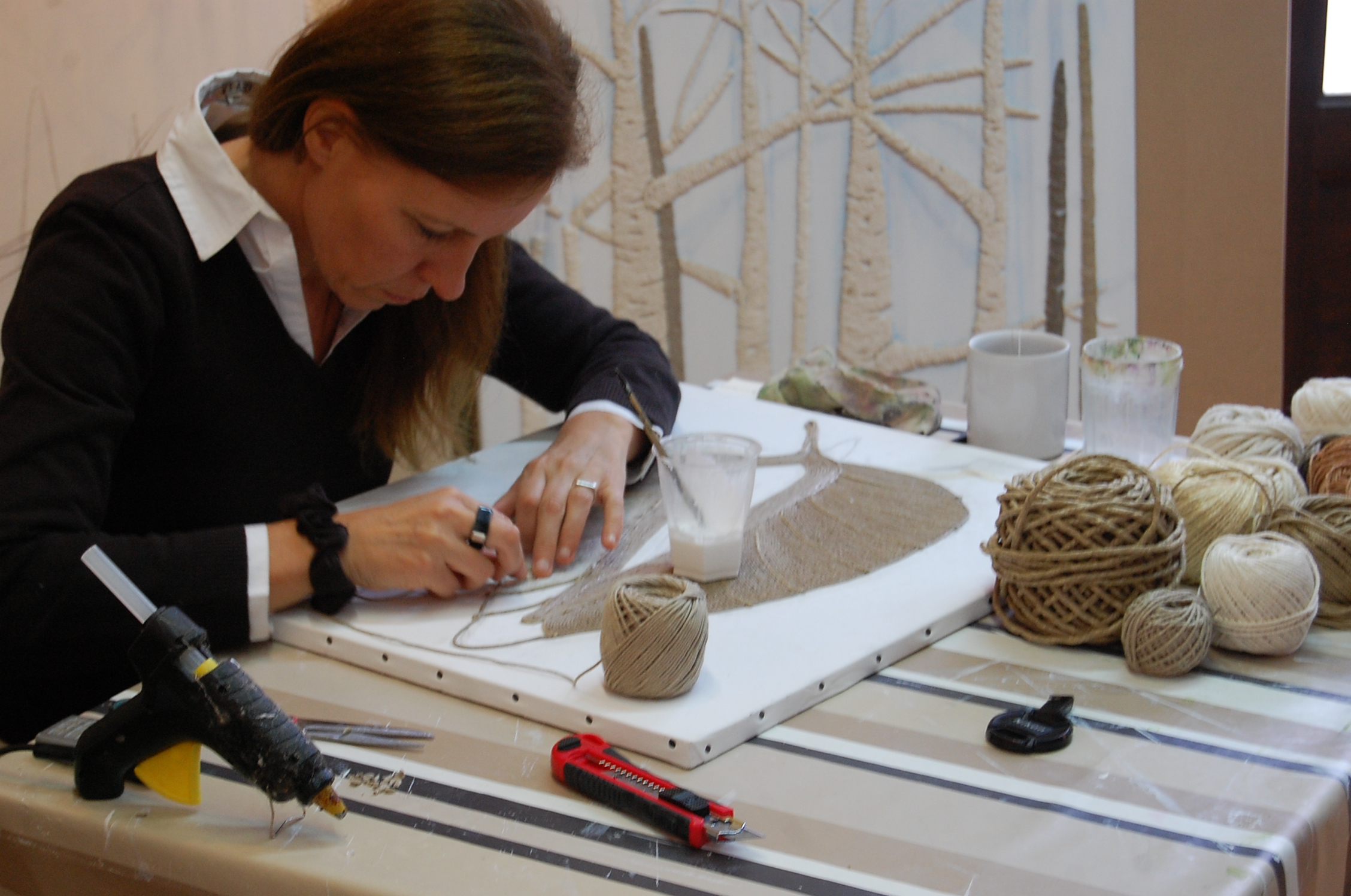 Demonstrating string work. This was my half strawberry now finished and you can see in the gallery here. 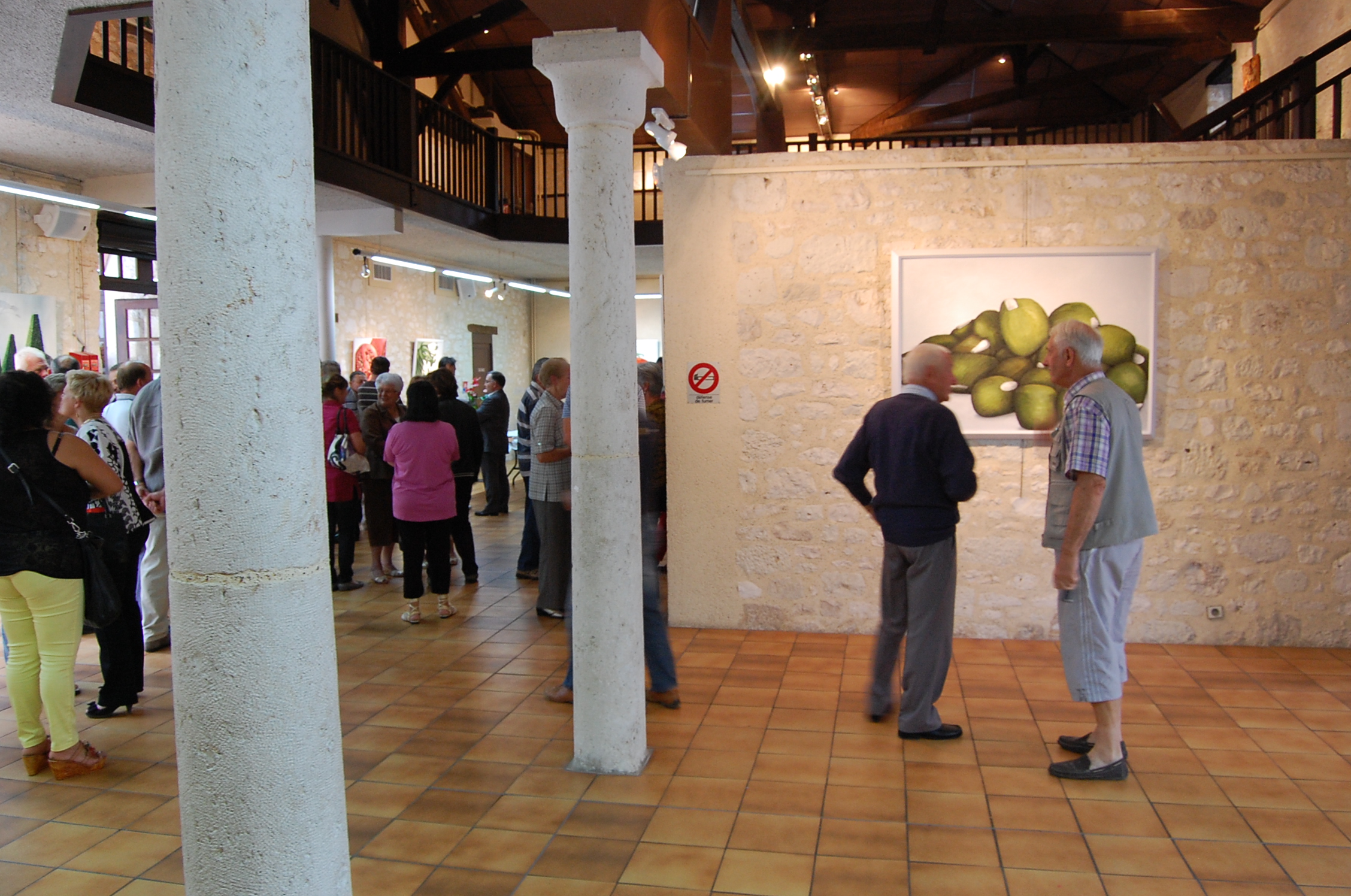 Conversing in front of Dream of Beans. 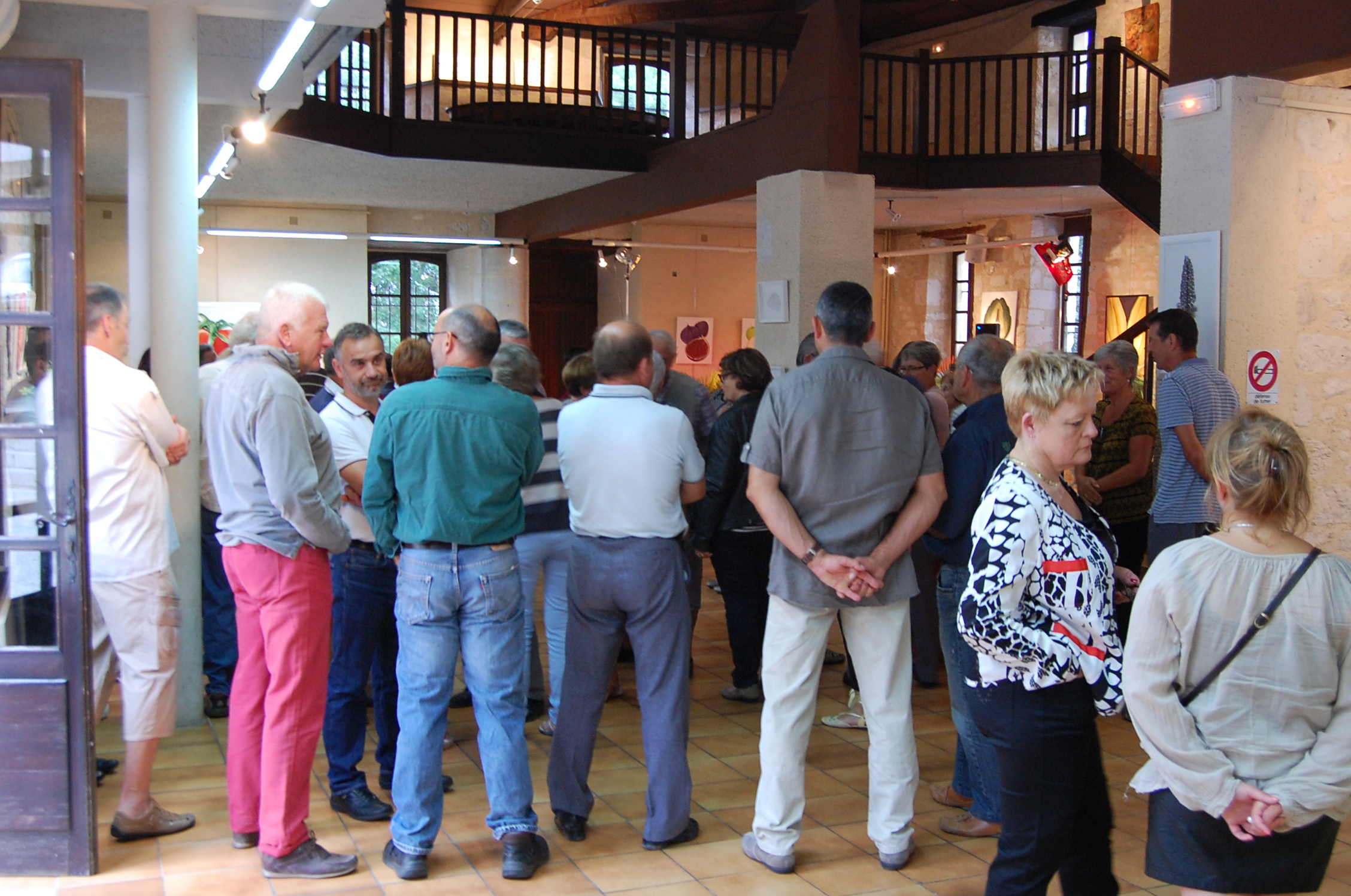 Waiting for the Maire's speech. 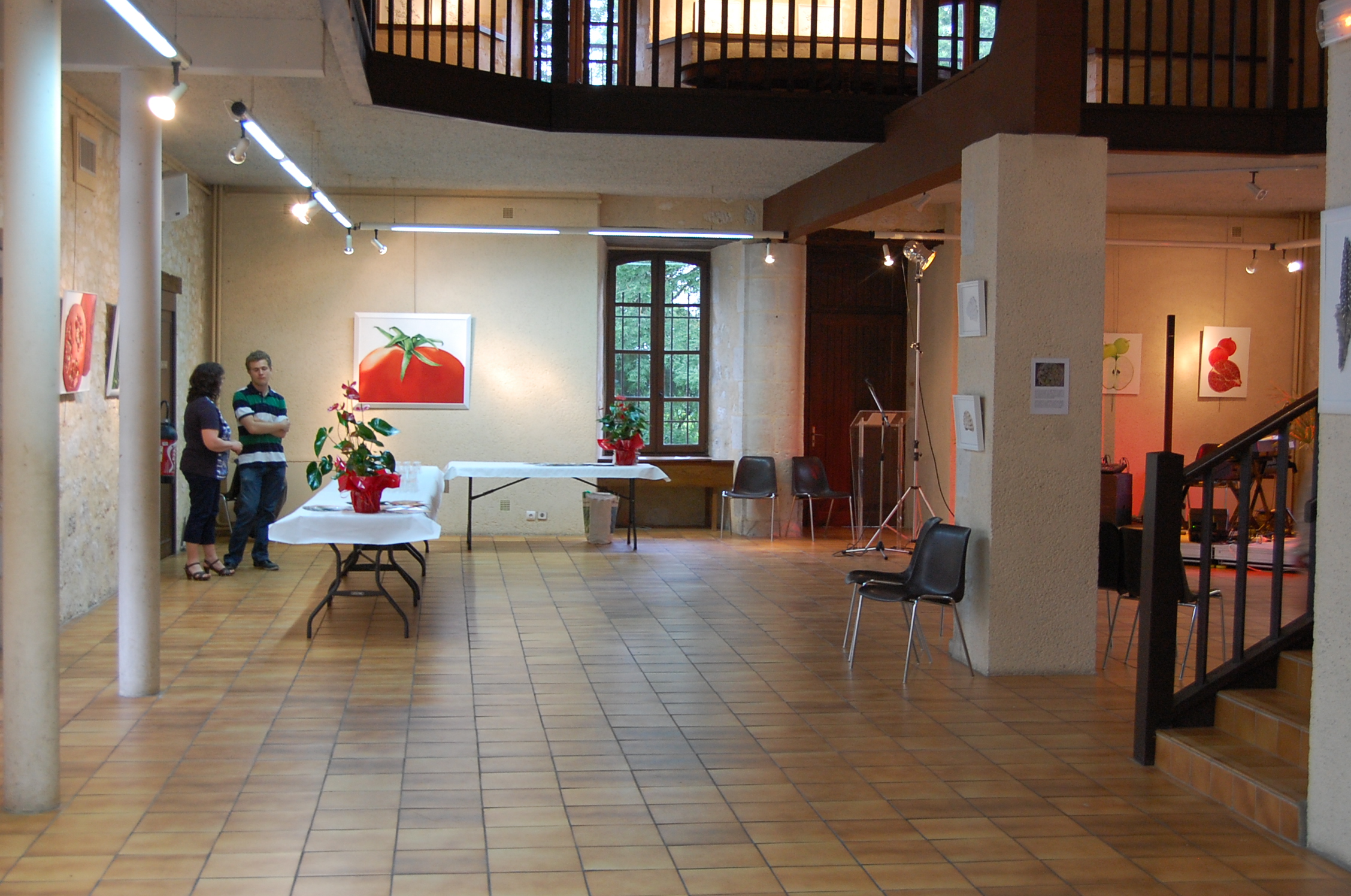